Besides the Standard Map

The OpenStreetMap data base has lots of information that is not normally shown on the map (or recorded by your average mapper) but might by very relevant for humanitarian work. This project was about extracting such "special interest" data from OSM and making it available for processing with various tools.

Specifically, the aim was to create extracts from current (minutely updated) OSM data, where the area covered as well as the set of exported tags can be freely set for each export. The data is exported in a range of different formats (PBF, KML, Shapefile, SQLite).

The Frontend was built in Ruby on Rails. The export job is created with the help of a two-step wizard. First you select the area to export, and then you define the tags you're interested in. For this you can upload a JOSM preset file and have its tags extracted automatically.

Jobs can be re-used at will; the same job can be re-run unchanged to get a newer version of the same data, or it can be applied to a different area to request a comparable export of another region. 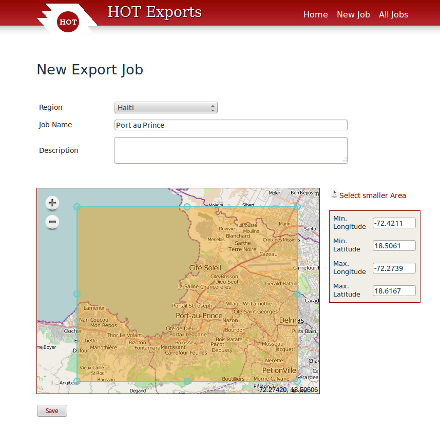 OSM data in the backend is updated continuously. When an export job comes in, we first extract all data in the relevant area, and then process it into geometry objects using an Osmium based program. Ogr2ogr is then used to produce the various output formats like KML, Shapefile, or sqlite. 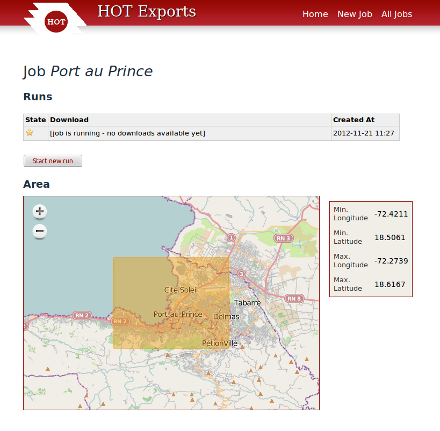